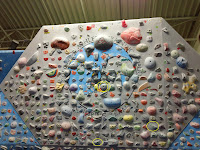 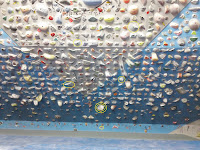 This was the most infamous project in CATS if not Colorado. This was a series of holds that Chris Danielson put up a few years ago hoping that it would be quite a testpiece however I do not think anyone predicted that it would be unsent for as long as it was. Just off the top of my head I know Daniel Woods, Carlo Traversi, Paul Robinson, Seth Allred, Kyle Owen, Garret Gregor, Alex Puccio, and Andre DeFelice have all tried it. Carlo has said he has spent at least 15 days on the problem, and coming off of his recent 5 day ascent of the Game this holds some meaning.

A fantastic testpeice full of power, contact strength and tension.